Did you know that during the Christero Wars 1926-1929 the Image of Our Lady was secretly removed for safekeeping in a plan devised by the priest in charge of the basilica?

A replica was painted and installed at the basilica while the original image from 1531 was clandestinely smuggled at night from the basilica into the home of a pious family for safekeeping. She would remain there for the remainder of the Christero War of Catholic persecution.

She was returned to the old basilica a few years later and remained there until she was moved to the new basilica where the original remains today.

Hey bros.  Here is my email and phone, and any 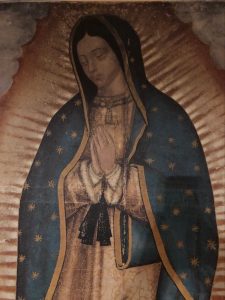