Have you ever looked closely at the golden rays around the image of Our Lady of Guadalupe? While the halo-like glow is familiar to us in many famous artistic depictions of saintly figures and of Christ Himself, it can be easy to miss what this specific aureola can tell us both historically and theologically…

The golden rays, or “aureola” around Mary has on its outermost edges a series of points and curves meeting a grey field beyond. Although easily dismissed as aesthetics, this communicates something very distinct to both native and Catholic viewers alike.

To the natives, it represented the mythological relationship between pagan gods of sun/war and rain/fertility. The sunlight bursts through rounded grey clouds demonstrating their understanding of the need for balance between sun and rain to sustain their way of life. The image of a splendidly dressed, virgin queen-mother standing humbly in prayer, yet in a way subjugating this pagan mythos, relegating it to the background sent a clear theological message.

To many Catholics, this demonstrated the light of the truth of the Gospels piercing through the darkness of the pagan wilderness, borne forth by the gift of Mary, the Mother of God to the New World. It also emphasized the dignity of the native population and brought honor to them, as these aureola extended from a depiction of Mary as a young mestiza queen.

We’ll have more on the historical aspect in “The Aureola around Our Lady – Part II.” Stay Tuned!

Thanks and God bless,

Your Friends at Guadalupe Missions 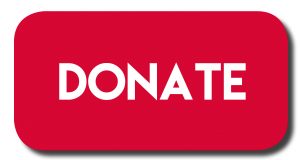